Paid media is a catalyst for any brand to amplify awareness!  It is developing at a rapid rate and is now vital to your success on social media. Rather than being based on likes and followers, social media is much more consumed with views and engagement.  Paid media increases brand awareness, drives social media interactions, and creates high sales for a brand or company.  One of the main reasons paid media is so valuable is because it allows you to gain a bigger audience, widening your user base.  Unlike Organic, Paid Media is focused on reaching those new users who don’t follow you, much less even know about you!  So why not use this type of advertising?

Let’s take a closer, more detailed look at how our clients have benefited from using our Paid Media services.  The proof is in the pudding!

Our client, Burwood, is a great example demonstrating the benefits of gif animation vs. short-form video content.  In this scenario, we used an animated image in which the logo grew into the top left corner.  We published the content in April of this year.  It had an amazing engagement rate of 71.40%!  The post on its own reached 3,062 users and obtained 2,292 engagements!  For the full effect, take a look here!

Did you know, that more often than not, a product highlight will receive higher metrics than a general brand ad!  Starfire demonstrates this with some serious metrics!  We highlighted their products in the patio furniture category using static imagery.  The product highlight produced 98.97K impressions for our client Starfire!  Those impressions led to 256 saves and 144 outbound clicks!  Now that’s positive product placement!  For the full effect, take a look here!

Clients such as GoHealth or Northwell are of those that have a larger budget for Paid Media Management, so that definitely has its advantages in reaping the most bang for your buck!  But that doesn’t always have to be the case!  We took an ad that was a lookalike ad to those targeting Northwell’s followers.  That ad alone reached an impressive 207,944 people in the month of April, alone.  This lead to 5,531 link clicks!  The CPC came to $1.11 and the CTR came to 0.83%!  These were among the better numbers to be seen on Northwell’s account this month!  For the full effect, take a look here!

What’s the importance of low CPC and high CTR?  What’s the difference?  Better yet, why do they matter for your ad campaigns?

CTR’s provide insight into your audience targeting, understanding of search intent, and more.  We’ve been running new ads for our client Bryant Christie for less than a month now.  And in that time, we have already successfully lowered the CPC to 30%!  Their clicks alone have increased by 44% and the CTR has increase by 38%!  Make your metrics matter!  For more stats on BCGlobal, take a look here!

Have you ever wondered what is the importance of impressions in paid media?
Impressions are an important metric used to track the costs of your marketing campaign!  That’s very important!   Advertisements are charged based on the rate of impressions.  So, knowing the total impression count helps your businesses determine the campaign costs and building strong from there.
In one month with our client, Swim.AI, we hit almost 80k impressions with this gif.  For the full effect, take a look here!
When it comes to Paid Advertising, we prioritize coming up with a concrete strategy for each of our clients, individually.  This is how we are able to produce favorable creatives and positive placement overall.  It is an incredibly useful tool to not only drive but reach your business’s goals.

Throughout the world, businesses spend more than $31 billion on social media advertising!  It is moving at an astounding rate!  So, you have to have to ask yourself, “Do I currently have a paid social media budget?”  If not, now might be the time to create one, sooner than later.

Read on to learn more about how to get started putting together a realistic budget for your business’s social media efforts.  You will also find benefits that come with having said budget in place. 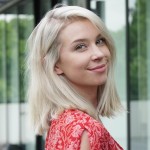